What are tobacco companies doing?

Tobacco companies are secretly paying social media stars to flood your newsfeed with images of their cigarette brands.

It’s all part of a deceptive strategy to addict the next generation. 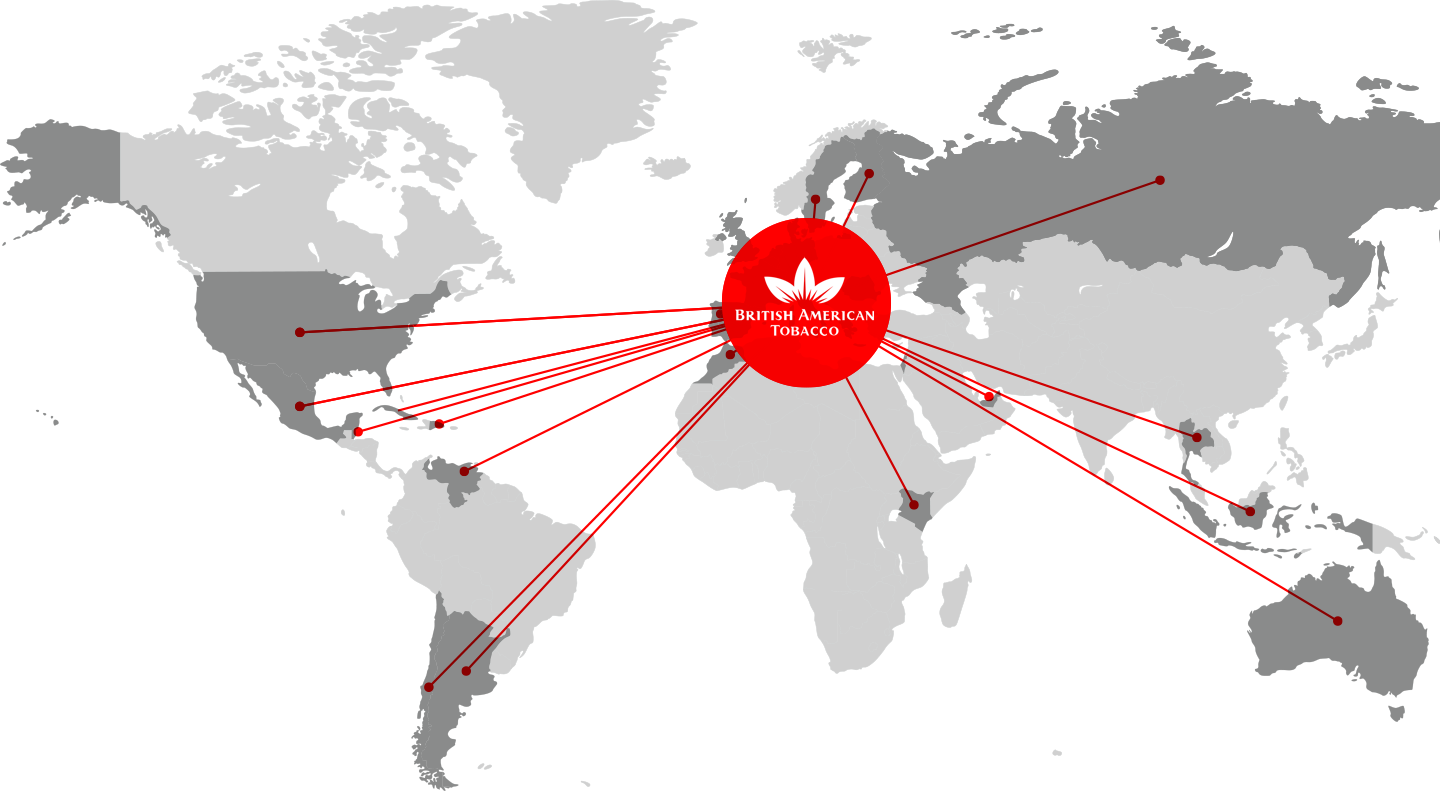 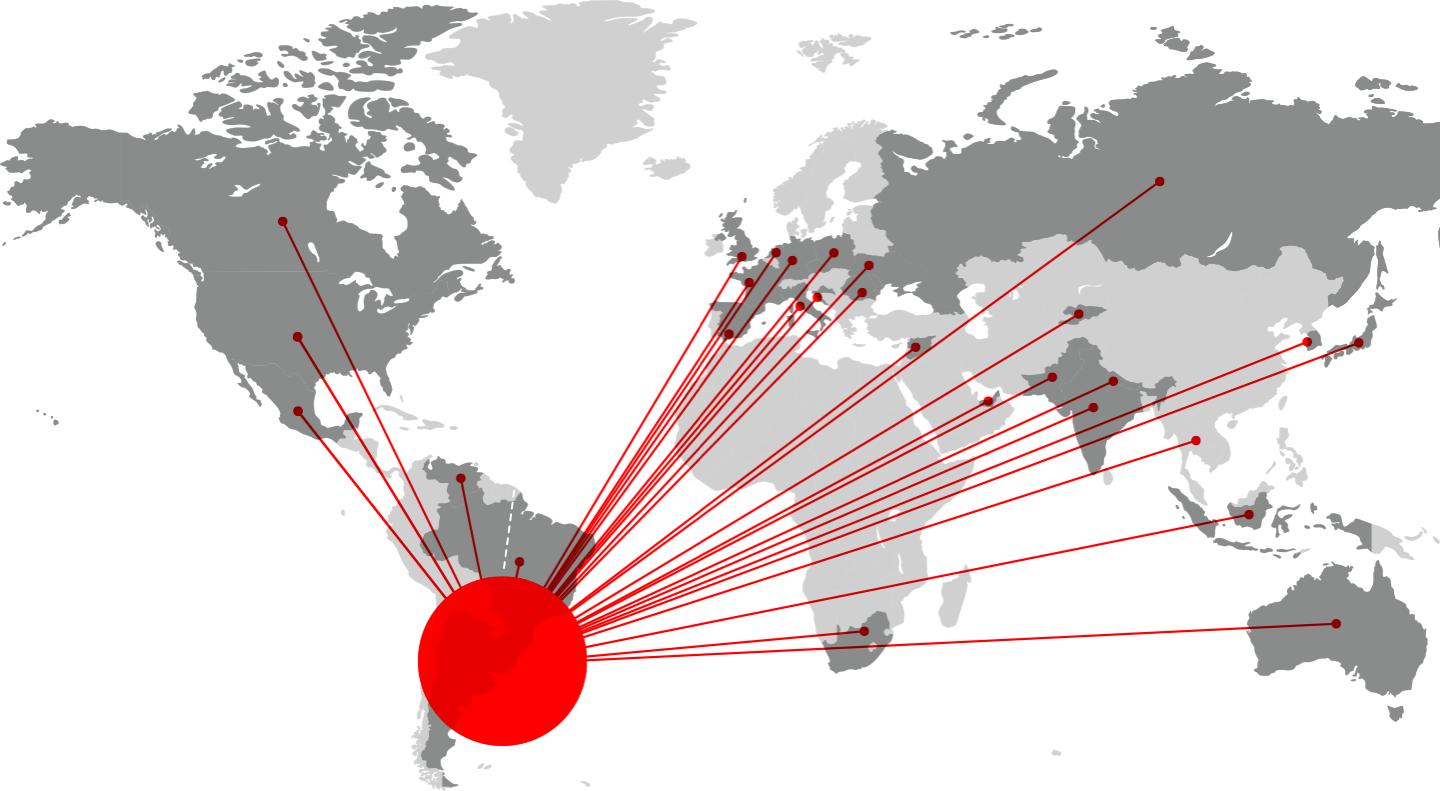 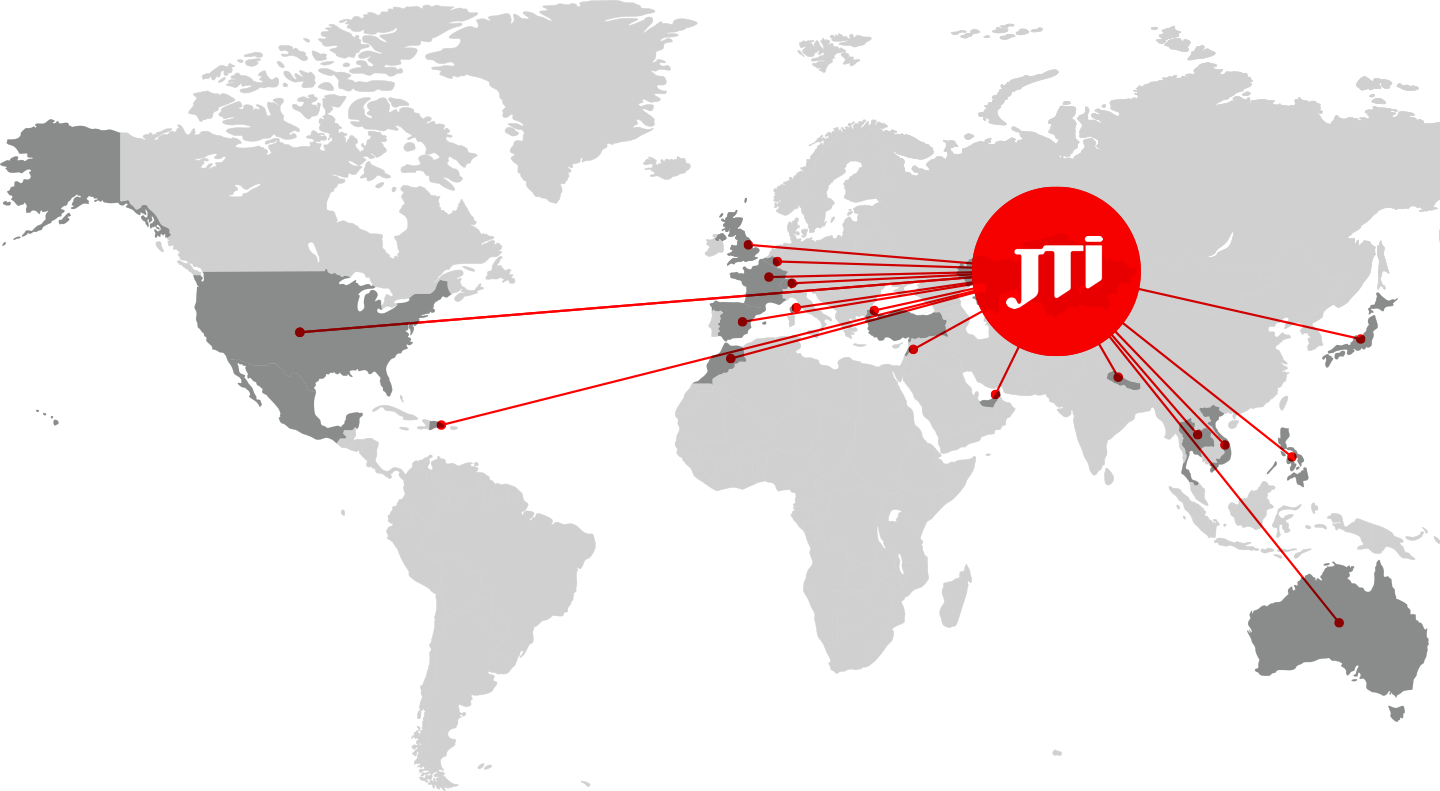 The People They're Using

Tobacco companies and their marketing firms engage popular social media influencers to help promote cigarettes and other tobacco products to their social media communities. The influencers’ posts are designed to appear authentic, but are actually carefully composed to advertise cigarettes.

In their own words: an influencer’s story

Influencers are recruited based on their youthful appearance and number of followers.

Tobacco marketers work with influencers to maximize the quality and reach of their social media posts. 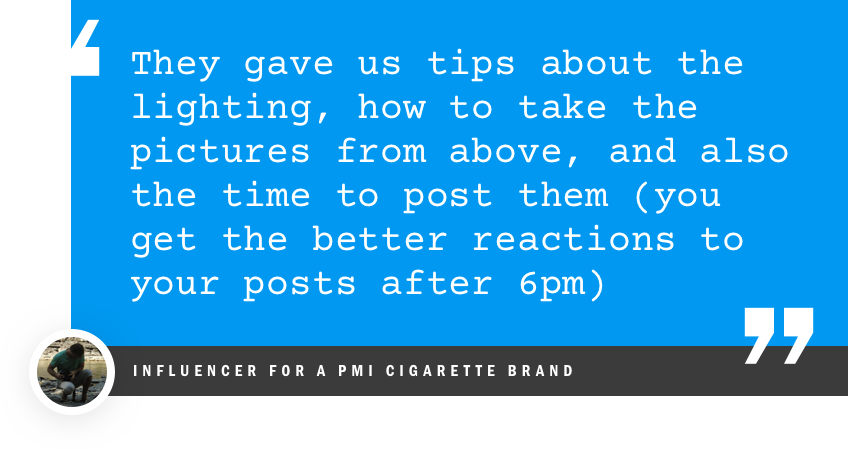 Influencers are given explicit instructions on what cigarette brands to promote. 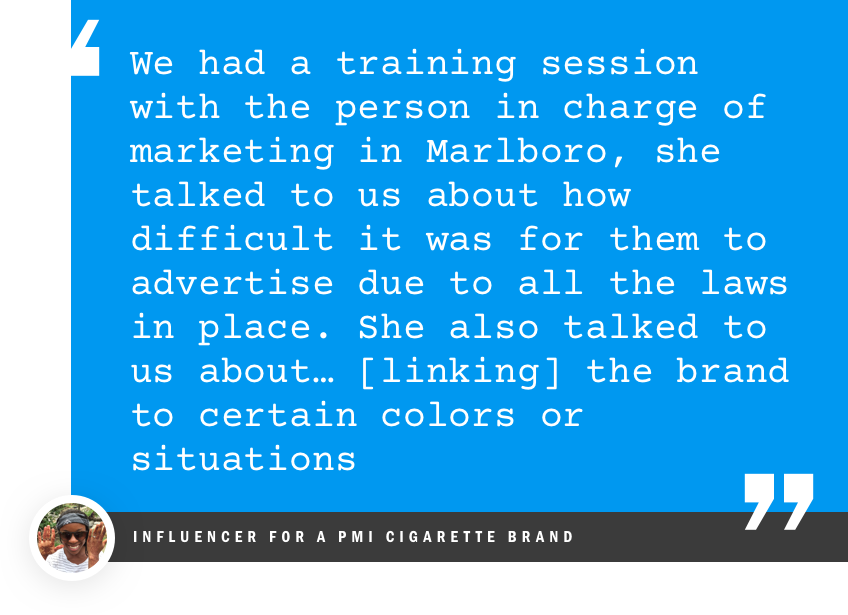 Influencers are paid to promote tobacco to their followers and provided with free cigarettes and other incentives.

Tobacco companies like Philip Morris International, British American Tobacco, Japan Tobacco International and Imperial Brands want the photos to blend into your newsfeed, not look like paid promotions for their brands. Some influencers were instructed to cover the health warnings on cigarette packs in posts. 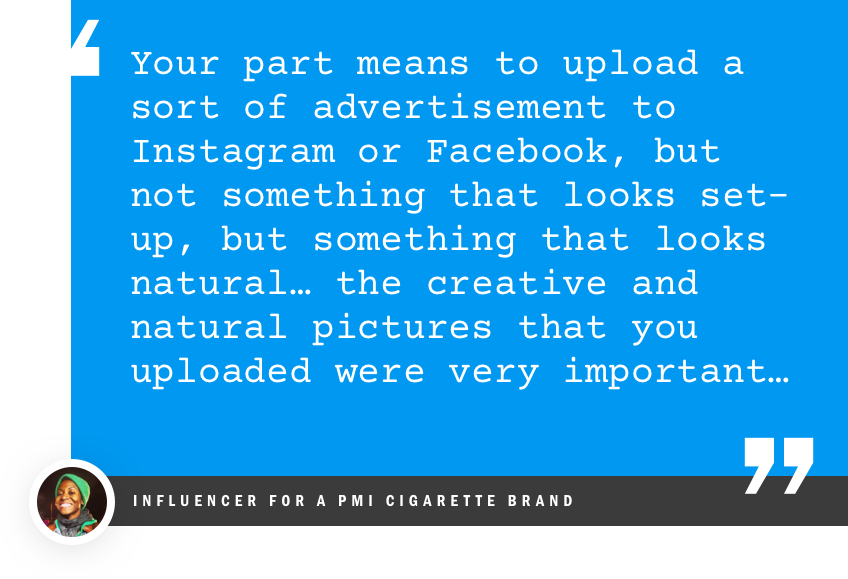 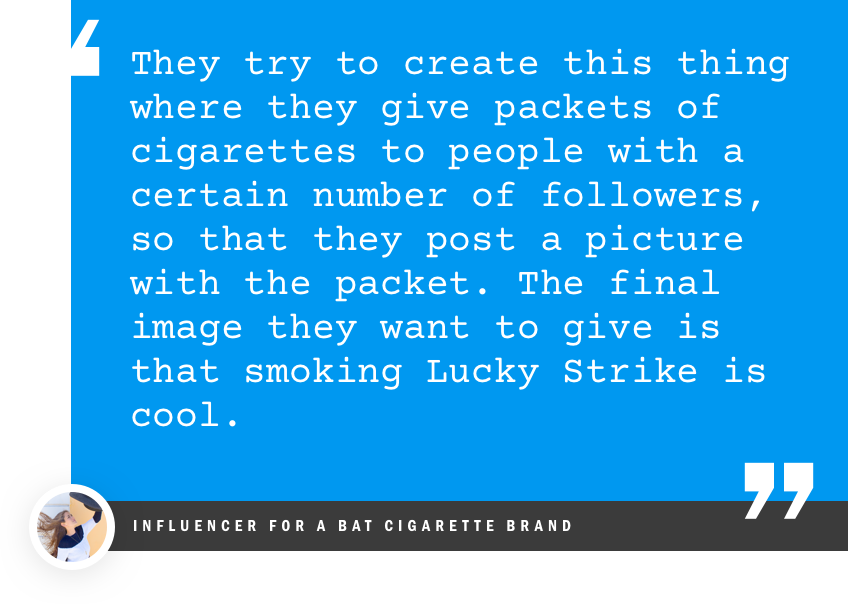 But by using influencers under the radar, tobacco companies get around those policies.

This is how they do it:

1. Tobacco companies don’t tell influencers to include “#ad” or “#sponsored” in their posts, which avoids being caught by social media platforms’ official ad systems.

2. The posts use subtle campaign hashtags like #likeus or #nighthunters, which fly under the radar but are actually campaigns by British American Tobacco and Philip Morris International.

3. The posts include tobacco products in the images, which are impossible to differentiate from an influencer’s own everyday content. 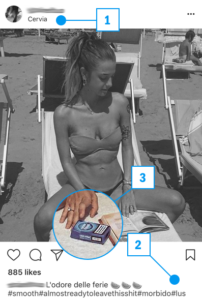 Around the world, governments have banned or restricted tobacco advertising.

In fact, 181 Parties are already obligated to ban all tobacco advertising – including internet advertising – under a global treaty called the WHO Framework Convention on Tobacco Control. But tobacco companies are undermining those efforts.

Government regulations on tobacco must include influencer marketing:

How you can help:

Select your country to call for an investigation of tobacco advertising on social media:

Did you know tobacco companies are secretly paying social media stars to get around advertising standards? We need to investigate tobacco advertising to stop them. 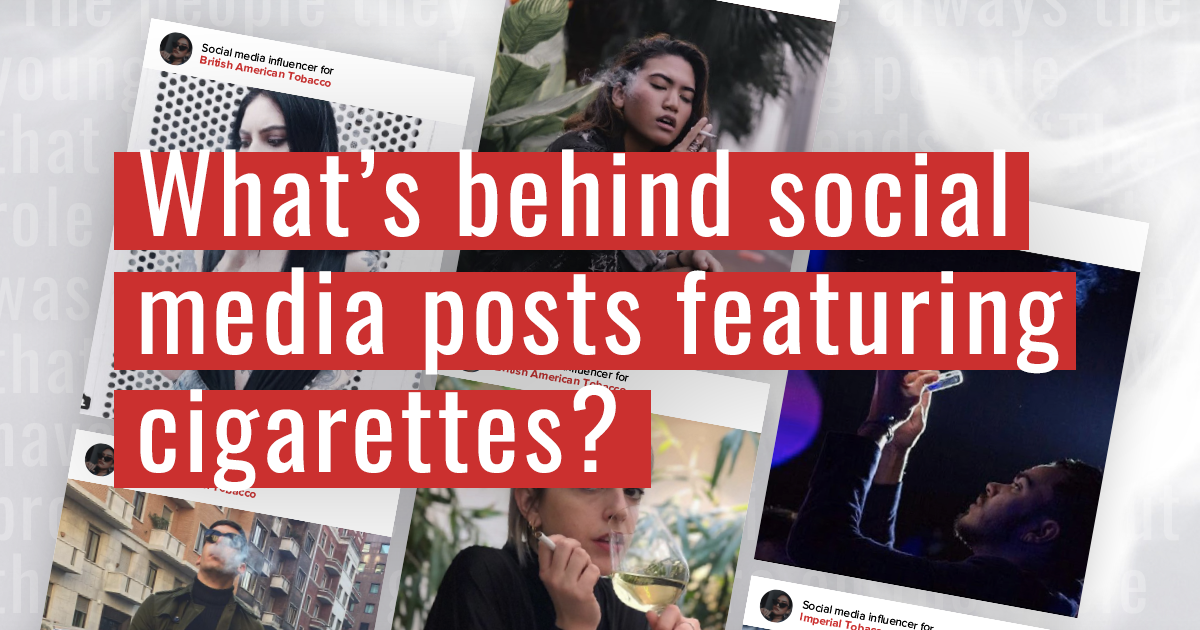 Lead by example, pledge to make your social posts tobacco-free.

Want to find out more?